Preregistration will no longer be necessary for most BBC trips and the general public is invited to attend. Not currently a member? Click here to join us! See the Field Trip FAQ for answers to your questions and for the BBC’s current pandemic field trip policies. 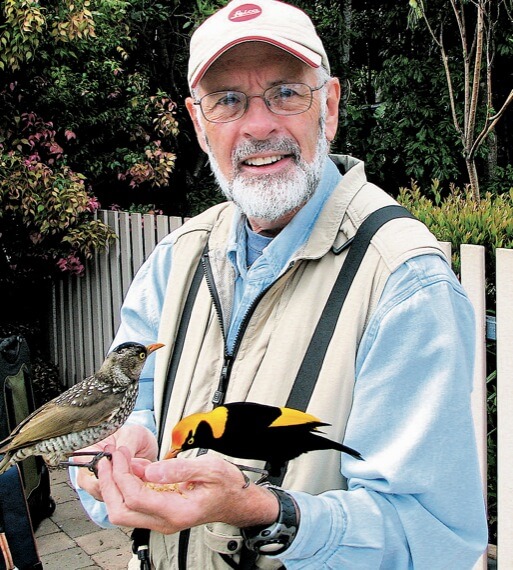 In this wide-ranging talk, John Kricher will contrast the lives, ecology, and natural history of long-distance migrant passerine birds with similar bird species that are permanent residents of lowland tropical forests. He will discuss factors that have likely resulted in many, but by no means most species adapting to long-distance migration and the costs and benefits that ensue. Characteristics such as migration risk, life span, predation pressure, breeding cycle, clutch size, foraging behavior, and habitat choice all vary between long-distance migrants and tropical resident species. What it comes down to is that while many passerines are long-distance migrants most are not. This lively, thought-provoking, and thoroughly illustrated talk will explain why.

John Kricher is Emeritus Professor of Biology at Wheaton College, Norton, Massachusetts. His 48-year teaching career included courses in ecology, ornithology, and vertebrate evolution. His most recent book is The New Neotropical Companion (2017), a third edition of John’s successful book A Neotropical Companion. His forthcoming book is Peterson Reference Guide to Bird Behavior (Houghton Mifflin Harcourt). John has also written Tropical Ecology, (Princeton University Press 2011), The Balance of Nature: Ecology’s Enduring Myth(Princeton University Press 2009), and Galapagos: A Natural History (Princeton University Press 2006). Other books include three North American ecology field guides (Eastern Forests, Rocky Mountain and Southwestern Forests, California and Pacific Northwest Forests) all part of the Peterson series. The widely used previous edition of A Neotropical Companion was translated into Spanish through the Birders’ Exchange Program of the American Birding Association. John has also produced three recorded lecture series, one on dinosaurs, one on ecology, and one on the biology of birds, all published by Modern Scholar. John is a Fellow in the American Ornithologists Union and has served as president of the Association of Field Ornithologists, the Wilson Ornithological Society, and the Nuttall Ornithological Club.

Members and guests are cordially invited. Admission is free.

There is FREE PARKING at the 52 Oxford Street Parking Garage.